Winter months in the Midwest call for bowls and bowls full of soup.  In my minds eye, there is no better soup than a creamy ham and potato soup that soothes the soul on a cold, cold day.  We're talking comfort food in a bowl. 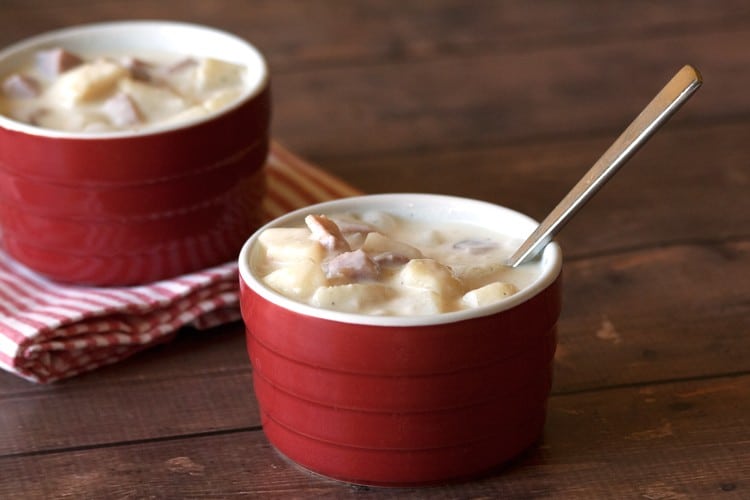 Think perfection in a bowl of soup.

Seriously.  Creamy...with a rich flavor and ah... homemade goodness.  You can't get this in a can--just sayin. 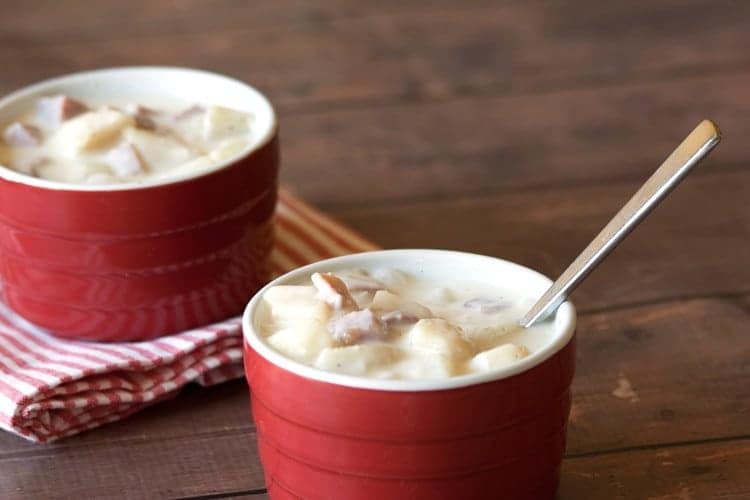 If you're looking for a stand-by soup recipe that is perfect for cold weather days--read, snowy days in Wisconsin--yes, absolute perfection. 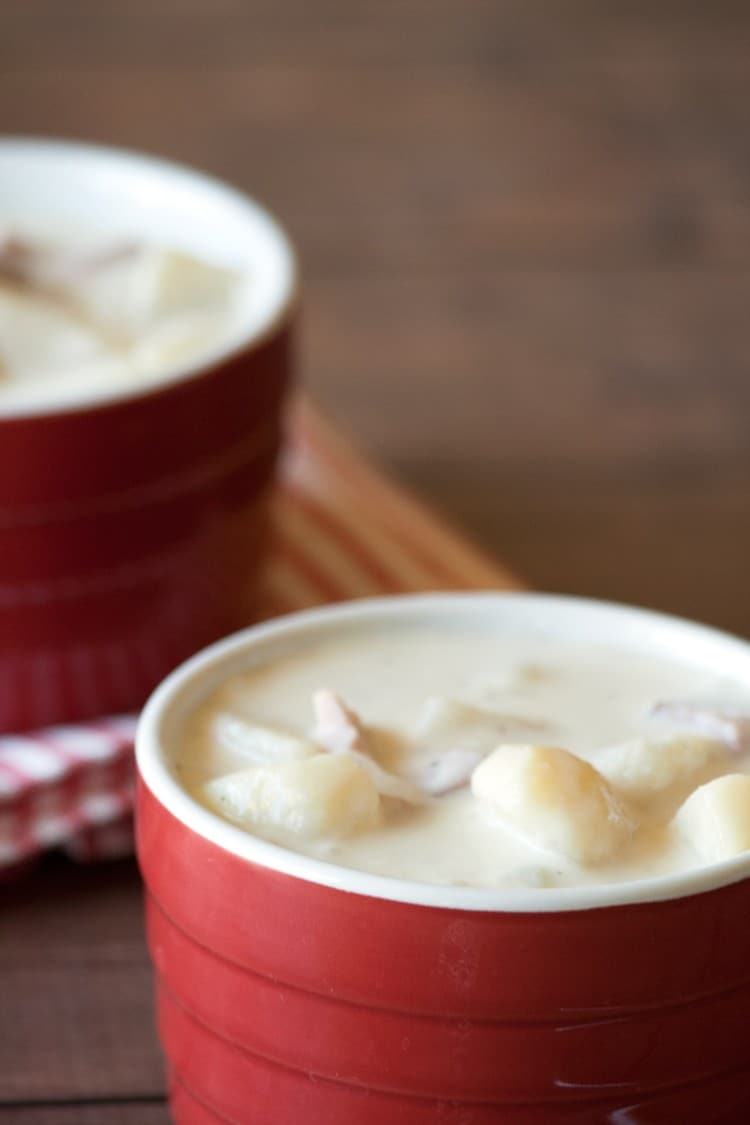 The ingredients in this recipe are simple: a roux of butter and flour, chicken stock, ham, diced potatoes and heavy cream.  It takes just about 40 minutes from start to finish, but you can always let this creamy soup simmer on the stove for quite a while. 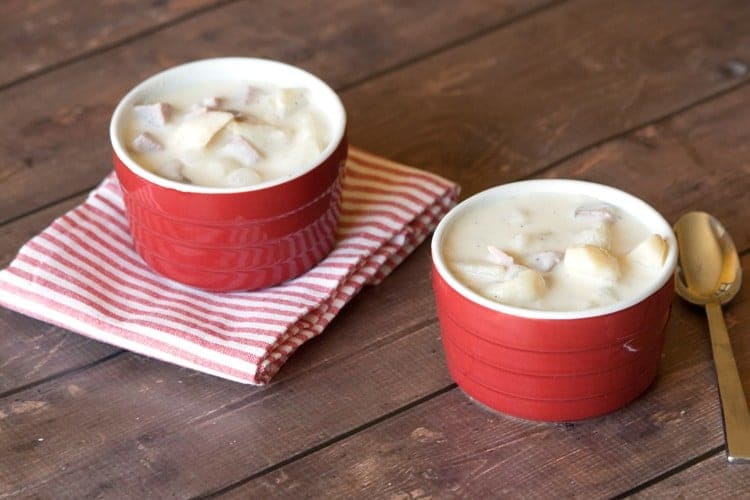 I dare you to try to stop at just one bowl.  I really don't think that anyone in my house was able to stop eating without going back for seconds.  And, being able to cook an entire meal in just one pot? Absolutely ruling the kitchen people!  That is how we like to do it. 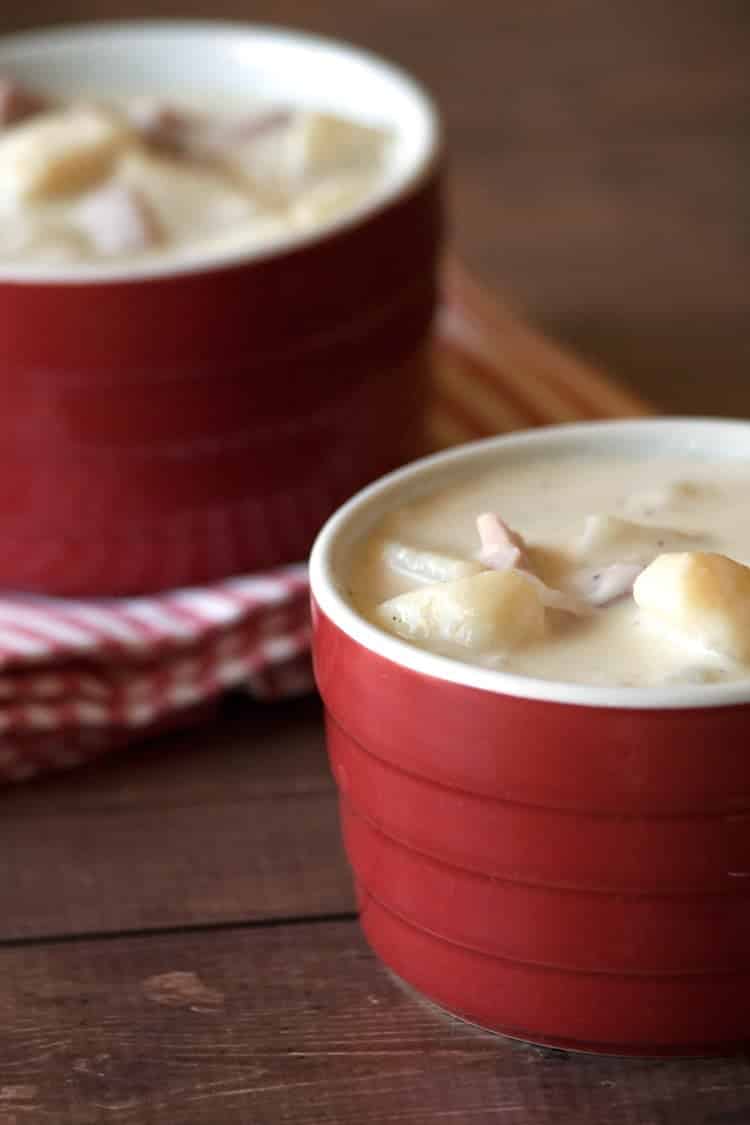 Ready to say 'Soup's on"?  Get busy and put this pot of goodness on the stove. 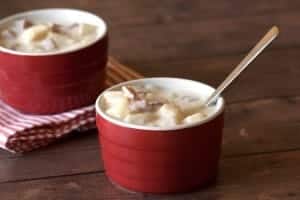