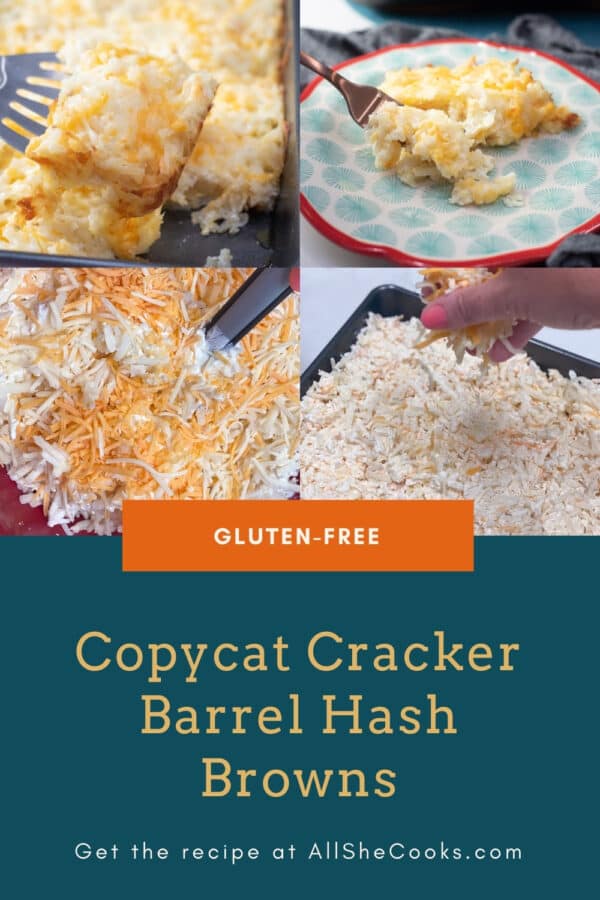 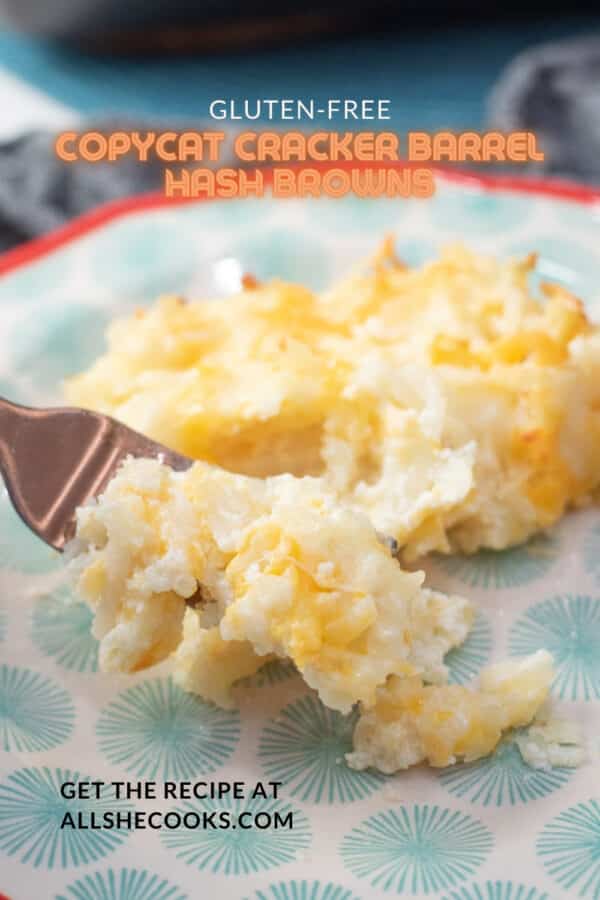 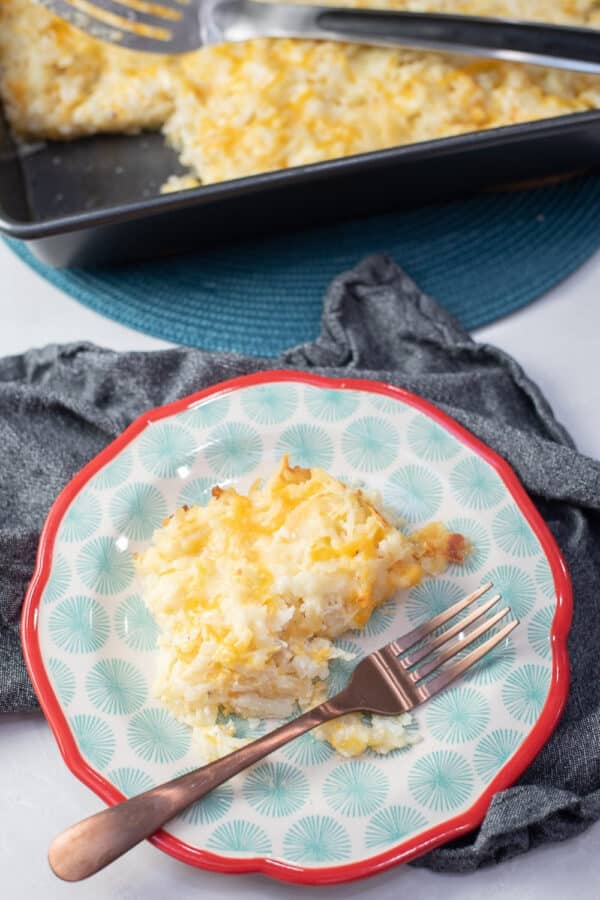 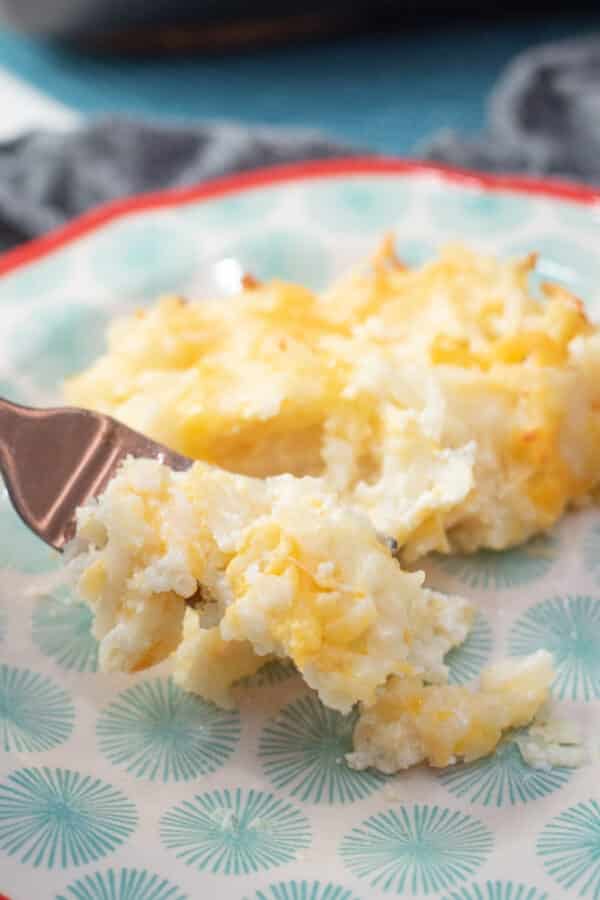 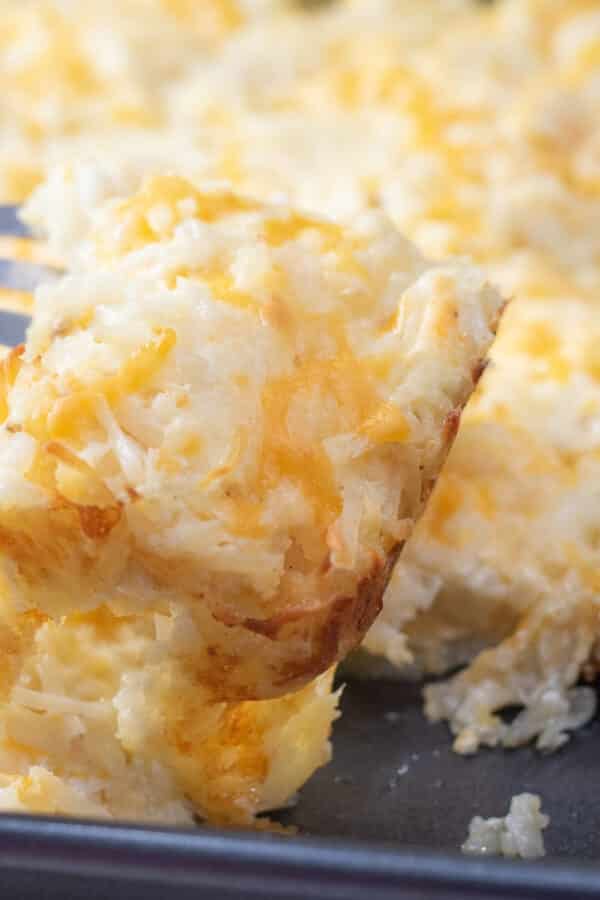 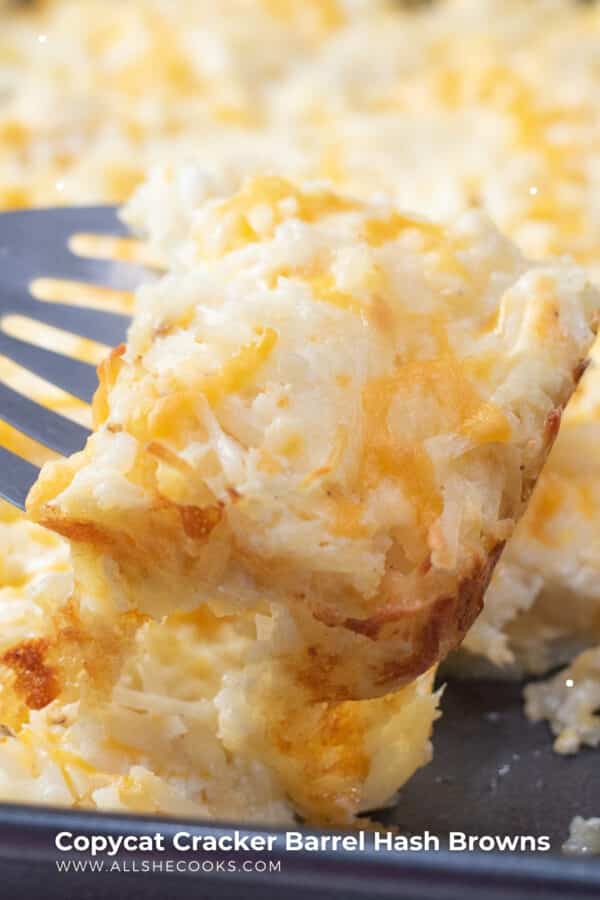 Not only are these Cracker Barrel Hash Browns just like the kind you can get at the restaurant, they’re super simple to make!

You just mix all the ingredients together and throw them in the oven. And then you have enough hash browns to feed 6 people at a fraction of the price you’d pay in the restaurant!

You can add some extra flavor to your hash browns by adding green onions and bacon bits.

Chop up the green onions before adding them to the hash browns. Make sure to add them while you’re mixing all the ingredients together—before you put it into the oven.

You can add vegan bacon bits at the same time. There are a number of vegan options for bacon bits, such as McCormick’s Bac’n Pieces.

Instead of using frozen hash browns, you can opt to make your own.

To make these, shred the potatoes, and then put them into water to remove starch. Then squeeze the liquid out of the hash browns and set them in another bowl. Towel off all the hash browns and fry them in a skillet with butter. Only put about 1 to 2 potatoes in the skillet at a time. Once they’ve browned on the bottom, flip them over to brown on the other side. Season with salt and pepper.

How do you shred potatoes?

If you decide to make your own hash browns rather than use frozen ones, you can shred the potatoes by using a food processor or grate them with a hand grater. 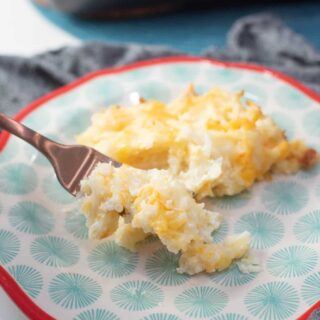