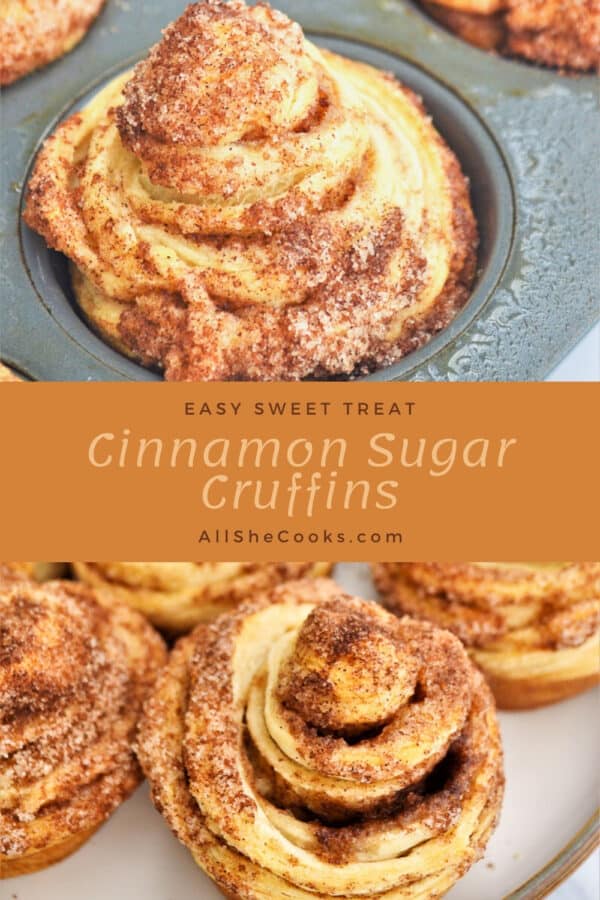 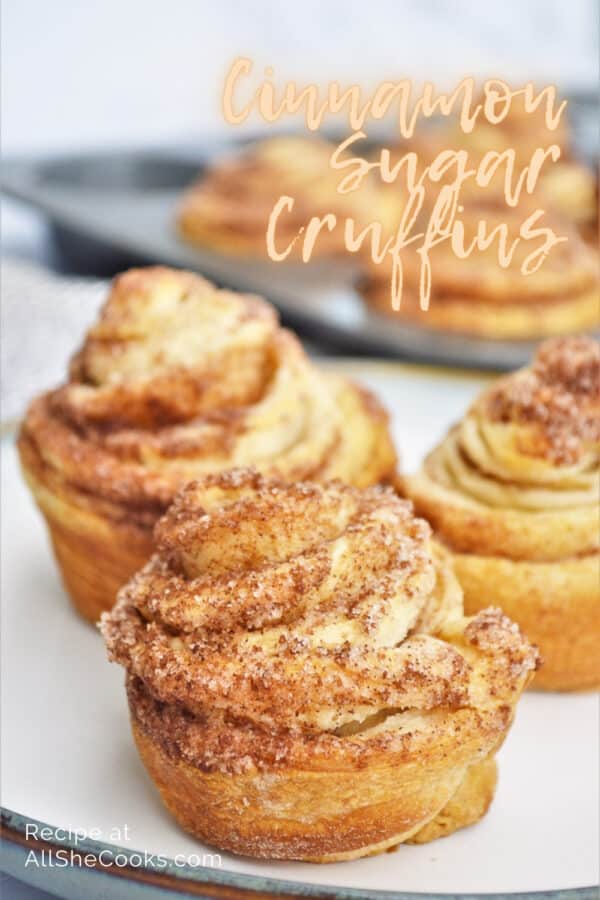 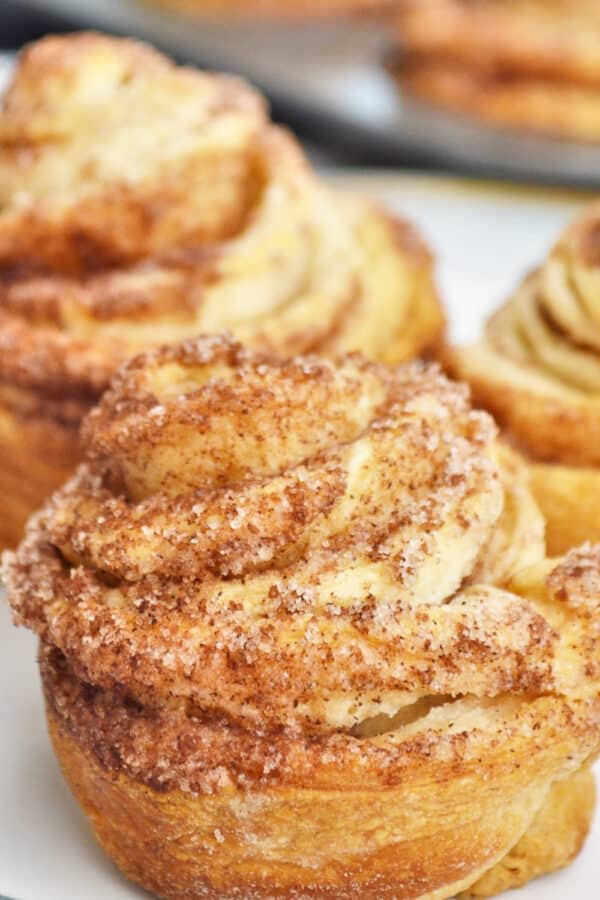 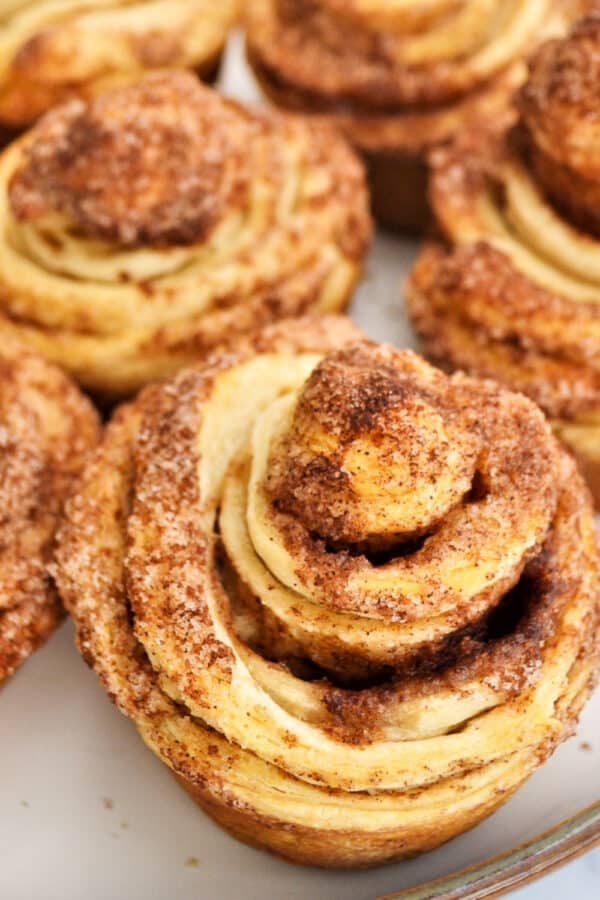 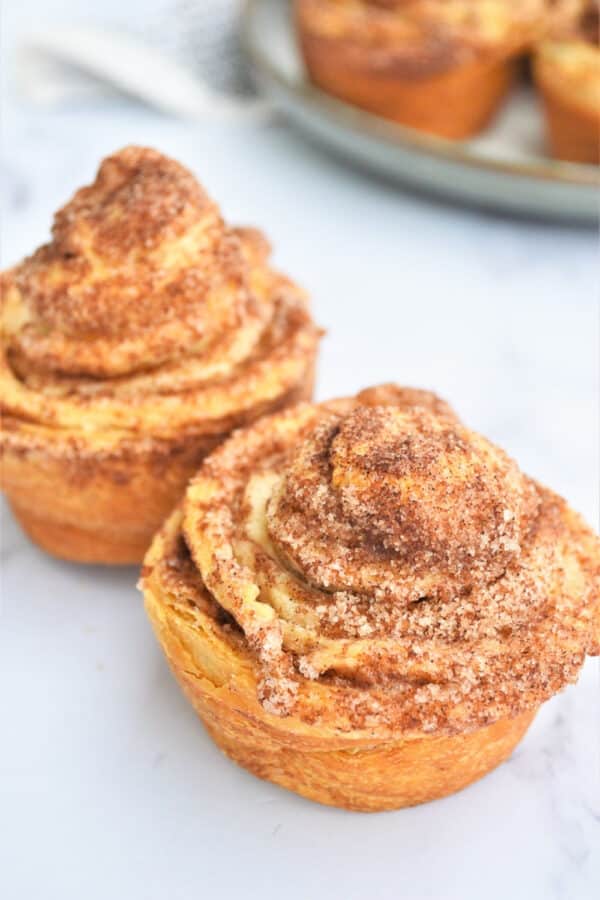 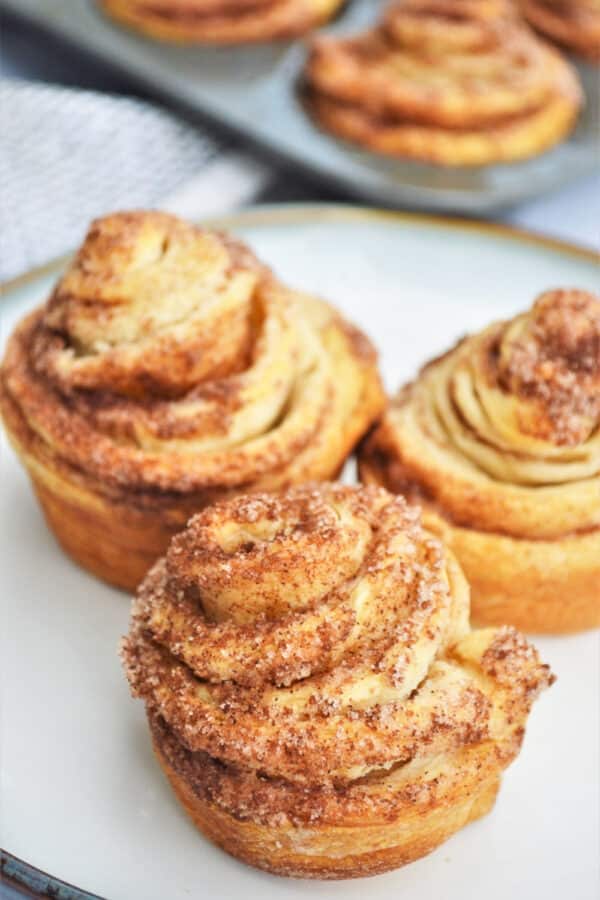 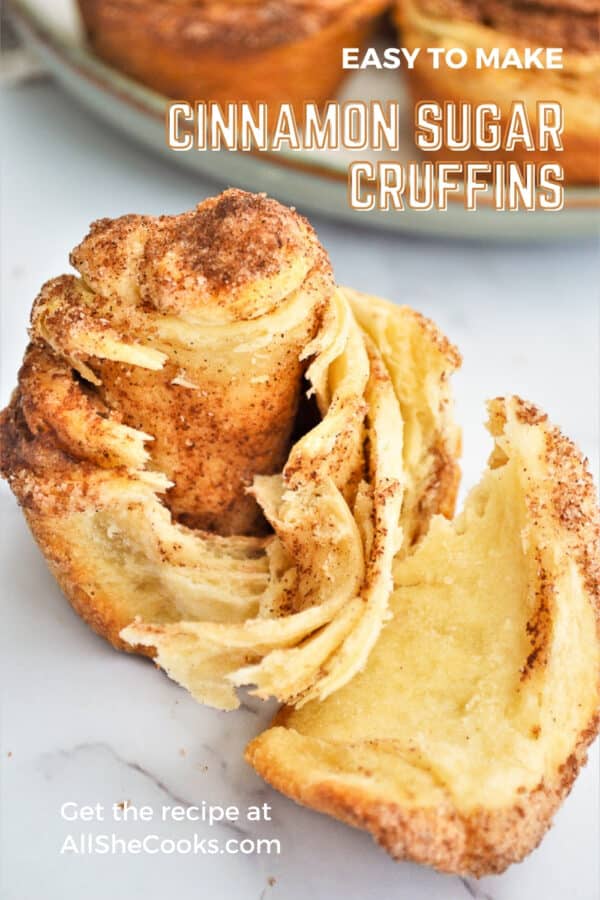 These Cinnamon Sugar Cruffins are super easy to make and absolutely delicious! Filled with cinnamon sugar, these are sure to satisfy your morning sweet tooth.

A cruffin is a hybrid of a croissant and a muffin and filled with various flavors. Cruffins can be filled with things like cinnamon sugar, cream, jam, or even custard.

I have no idea who originally invented the cruffin trend. But if you know—please send them my thanks! 😉

These tasty pastries are the perfect balance of soft and flaky, and with only 10 minutes of prep time, they’re the perfect breakfast treat! (And they make a pretty awesome dessert too!)

This cruffins recipe is:

How to Make Cruffins

Not Too Much Flour

When you’re rolling out the crescent dough, make sure you don’t use too much flour. Use just enough that the dough will keep from sticking to your counter or rolling pin. Using too much flour might make your cruffins too dense.

There are a number of variations you can try when you make cruffins.

One simple way to switch it up is to replace the cinnamon with cocoa powder. This will make delicious chocolate cruffins.

You can also replace the cinnamon-sugar mixture with Nutella, a chocolate hazelnut spread, for a delicious twist.

Another way to add flavor and a pretty decoration to your cruffins is to dust them with powdered sugar as they cool.

This will give them a professionally-made look and make them extra tasty!

If you want to add something of a little more substance, you can fill your cruffins with raisins, chocolate chips, or dried cranberries or cherries.

Do this after you roll out the dough. Use this instead of—or in addition to—your cinnamon sugar mixture.

Once your cruffins are baked and then slightly cooled, melt together chocolate chips and 1 tablespoon of almond milk in a bowl. Whisk this until it is smooth.

Then put the chocolate in a piping bag, and pipe it over the top of the cruffins. Top it off with crushed walnuts, and sprinkle them with powdered sugar.

Finish it off by rolling the cruffin in powdered sugar. 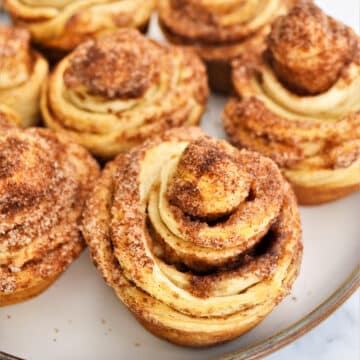