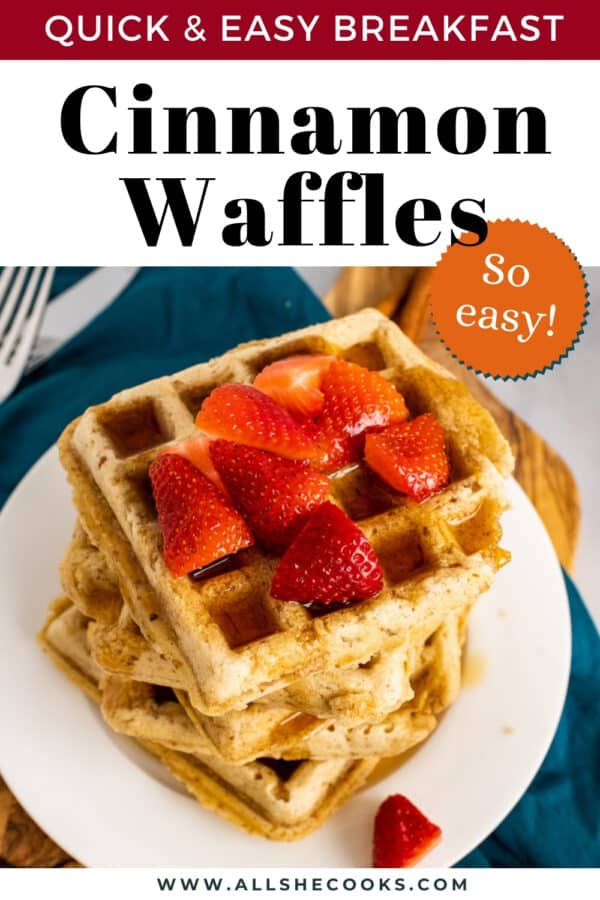 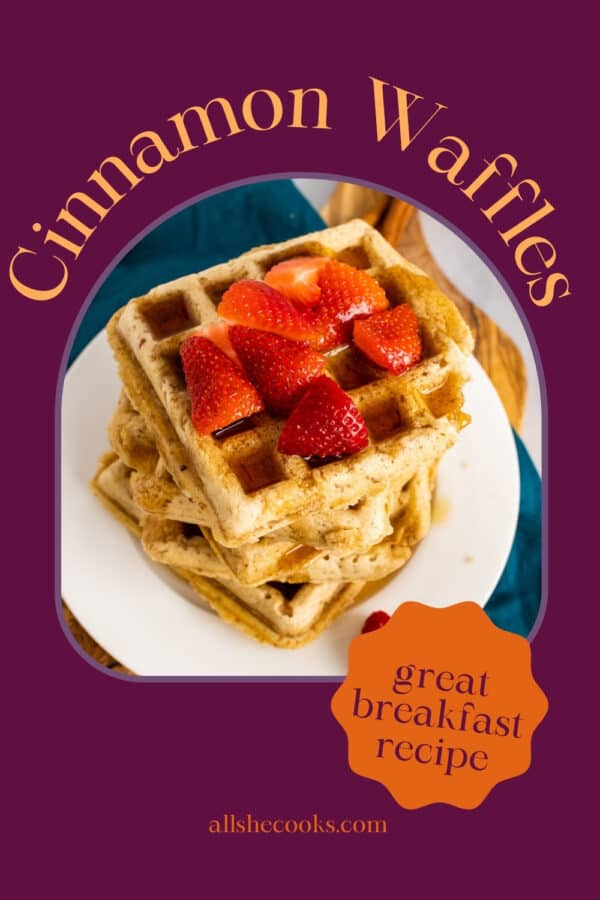 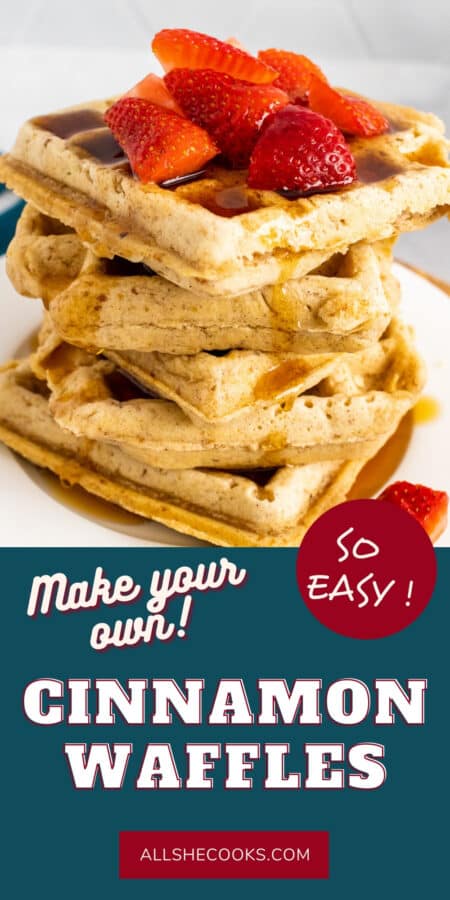 Whip up a batch of these homemade Cinnamon Waffles for breakfast. This tasty breakfast dish is loaded with warm cinnamon and then drizzled with maple syrup and topped with fresh berries.

You can whip up this perfectly sweet Cinnamon Waffle recipe for your next brunch or family breakfast. These waffles are freezer friendly, too!

This Cinnamon Waffle recipe is...

How to Make Cinnamon Waffles

Full directions for how to make Cinnamon Waffles are in the printable recipe below.

You will want to preheat your waffle iron to make sure that the outside of your waffles get fully cooked. You want them to be golden brown in color. Depending on your waffle iron, the cook time will vary.

I always use a cooking spray or oil mister to grease my waffle iron. You'll want to spray before cooking your first waffle and after every few waffles as you go on. If you don't keep your waffle iron greased, your waffles may begin to stick!

You can mix in fruit to create some delicious and easy fruit waffles! You can use either fresh or frozen fruit—both work great.

You can mix in about ½ cup of mini chocolate chips to add a sweet twist to your waffles. Just stir the chip-filled batter between waffles to keep the chips from sinking to the bottom of the bowl.

Change up the flavor of your waffles even more with a little apple pie spice or pumpkin spice seasoning. The great thing about making your own waffles is that you can adjust them to fit your taste!

Can you double this recipe?

Go ahead and double this recipe if you want to! You can keep your stockpile of waffles warm in the oven at 225°F while you're cooking the rest of your batter.

How can I freeze leftover waffles?

To freeze waffles, first let them cool to room temperature, and then flash freeze them on a baking sheet. Once your waffles are fully frozen, remove them from the tray and place in a freezer bag or airtight container. You can keep your waffles in the freezer up to 3-4 months.

How do you reheat waffles?

If you want to reheat your frozen waffles, simply warm them up in the microwave. You can also reheat your waffles in a toaster! 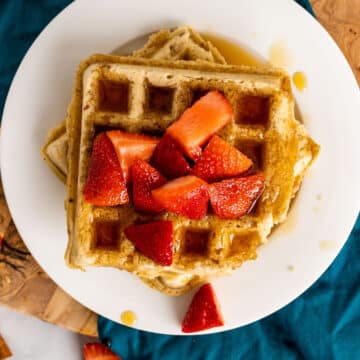