Caution:  The following blog post and recipe might cause you to want to stop what you're doing and go to the store because this death by chocolate experience is one you don't want to miss.  If you're looking for a Chocolate Dessert that is decadent, with layers upon layers of chocolate... including out of this world TWIX® chocolate brownies... well, then you've come to the right place.  This is on my Memorial Day menu, and it is the perfect dessert to top off all that BBQ goodness--like our amazing Dijon grilled chicken recipe. 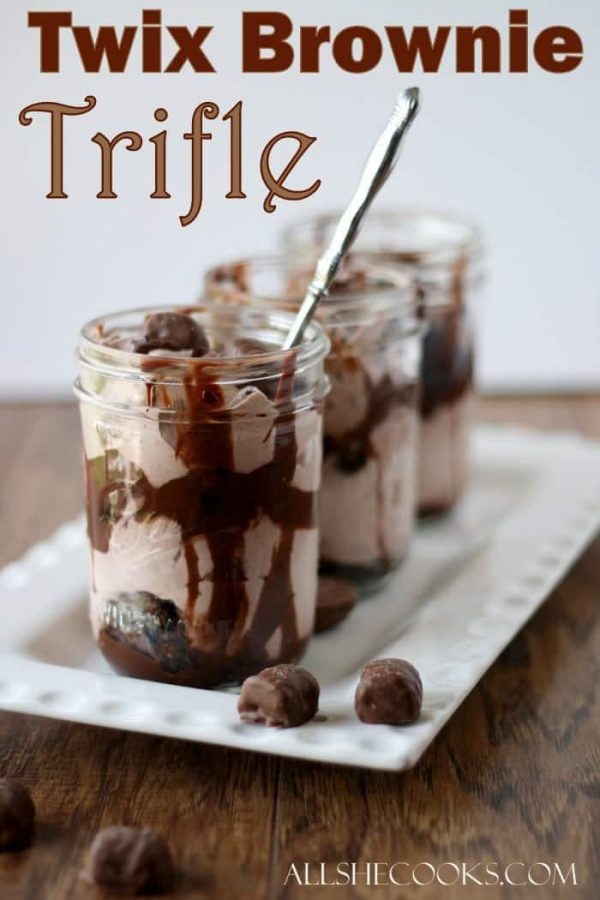 What a deal, right?  So, I loaded up on TWIX® Bites (and grabbed an extra bag to snack on), and found the other ingredients I needed and then headed home.

I like to test recipes out before trying them on a crowd (especially on a holiday like Memorial Day!), so I decided to make up a trifle ahead of time and have the family do a taste test.  Of course, I did this all while they were at school and at work, so I had plenty of time on my own to taste test to my heart's content.

What followed was a massive chocolate craving.  I mean, seriously.  I couldn't not look as I mixed up this fabulous fudge brownie batter, chopped up chocolatey TWIX® goodness, and swirled them all together in a bowl, now could I?  That would have been interesting, and probably would have resulted in a bigger mess than I was willing to make.

You've seriously got to try this.  First, mix together the brownie mix (yes... we're keeping it simple and using a store bought mix, but you can use your favorite brownie recipe if you'd like), then add in chopped up TWIX® Bites.  Line a 9x13 pan with foil, spray, and spread out the brownie mixture.  Then, bake according to brownie mix directions.  Easy peasy.

While the brownies are baking, make chocolate ganache sauce by heating 1 cup of heavy whipping cream over medium heat on the stove while stirring on and off until it comes to a light boil.  Add in chocolate chips and stir until somewhat thickened.  Remove from heat and put in the refrigerator to cool for about 20 minutes.

Next, for that light chocolate layer, whip together 1 (3.9 ounce) package of instant chocolate pudding mix, milk, and 1 (8 ounce) container of whipped topping.  Chocolate goodness right there!  Be sure not to lick the entire bowl clean, because you really need to save this whipped pudding concoction for layering in the TWIX® Brownie Trifle.

Now  comes the fun part.  After the brownies have been cooled and sliced, it's time to layer the trifle.  You can make one big trifle for a gorgeous presentation at a party, or you can make individual trifles.  Either way, layer the same way: brownie, chocolate ganache sauce, pudding mixture, brownies, chocolate sauce, pudding mixture, and then top with a few extra TWIX® Bites.  Yum, double-yum!

All I have to say about this creation is that if you LOVE chocolate as much as I do (which is a lot by the way), then you simply must try this recipe.  Now... don't hate.  I'm not making you eat the whole batch.  Make smaller individual portions by using little jam jars- perfect!

Ready for the recipe?  TWIX® Brownie Trifle, coming right up! 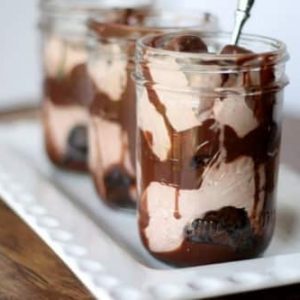 Chocolate Lover?  You might want to dive into these: 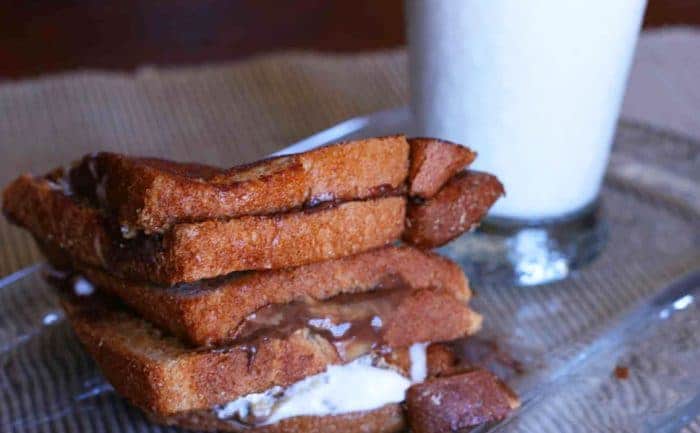 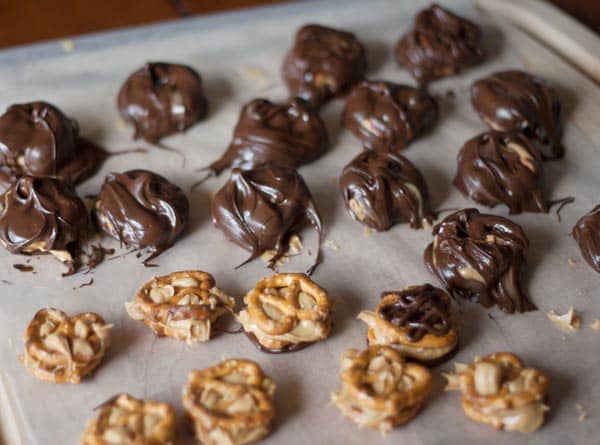