New York City.  The city that never sleeps.  NYC is the perfect location for a family vacation: parks, museums, tours, and Broadway.  Not to mention the ability to experience diverse foods and cultures from around the globe... all in one big city.

Budget savvy travelers that we are, we found a great deal on accommodations at the Club Quarters Wall Street for two nights on our trip to NYC.  The hotel is smack dab in the middle of the financial district and is the perfect place for business travelers.  Our family of four was a bit cramped in a standard room, but the location made it worthwhile since our plans included sightseeing in lower Manhattan. The proximity to the subway meant that everything we wanted to see was within easy reach.

While our room was on the standard New York City small size, the bedding was plush and the shower hot and refreshing, both of which were appreciated after a long day of trekking around the city.  We'd definitely stay there again, but most likely only if traveling without the kids, due to the room size.

Trying to figure out what to do with your kids in New York City on a budget?  We bought the New York Pass so we wouldn't have to worry about paying admission to each place we wanted to go.  It was a great way for us to stay within our budget, and ultimately got us access to so many more attractions than we would have otherwise been able to afford.

If attraction passes aren't in your budget, there are so many things to do in New York for next to nothing.  Including visiting Central Park.  Which we did every day we were there.  There is something about that green oasis amongst all the concrete, traffic and noise.  People watching, rocks to play on and climb, ponds to gaze at.  We even rode bikes there one afternoon, which were included in our New York Pass rate. 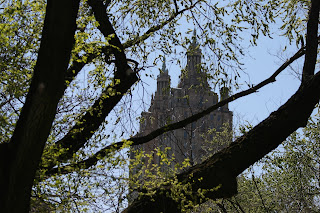 Our kids could have spent the entire trip to NYC in Central Park, especially our son.  He was content climbing and jumping on rocks, making new friends for the day at the playground, and playing ninja in the city. 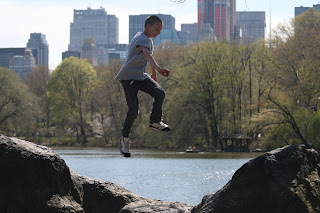 New York City.  So many fun memories, and each time we go back, we make even more.  We visited New York City with our son for the first time when he was about two months old.  We lived in New Jersey at the time, so it was about an hour drive for us back then.  We've been back twice with the kids since we moved from New Jersey and it always amazes me how much they love it.  A trip to New York City is all about fun and making memories in our family. 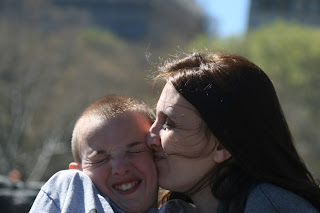 We got some great pictures from the New York Water Taxi that we took from the South Street Seaport to Pier 84, which is right next to the Intrepid Sea Air, and Space Museum.  Both the New York Water Taxi and the entrance fee to the Intrepid were included in our New York Pass.  The water taxi gave us a unique look at New York City from what we'd experienced before.  Our prior adventures on the waters around Manhattan had been the Staten Island Ferry, pictured below: 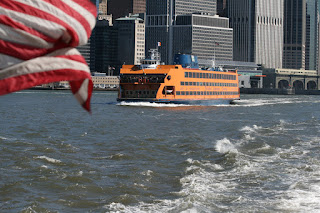 Brooklyn Bridge view from NYC Water Taxi- in all the times we've been to NYC, we'd never taken the water taxi.  It was nice to see some sights that were new to us and very much enjoyed by the kids.  Each time we go to New York City, we see something new.  That's one of the things I love so much about the city.  You can go a hundred times and have an experience that is completely unique each and every time. 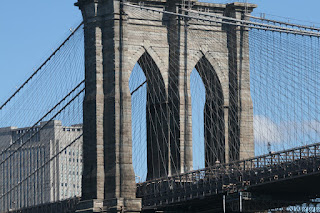 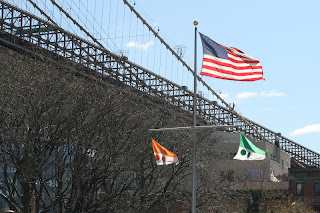 The first time I stepped foot onto the ground of Manhattan, I was stepping off the Staten Island Ferry.  Exiting the South Ferry Station and looking up at all the skyscrapers in Lower Manhattan, I felt an energy like I've never felt before.  There is something about New York City.  It'll always be my favorite city.
There are so many things to do with your family in New York.  Whether it's visiting the Statue of Liberty and Ellis Island... 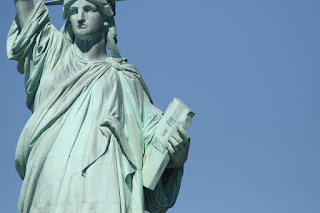 Or just walking around taking in the sights, sounds and street fairs.  New York City has something for everyone, on every budget.
Next year, it'll be a Mother-Daughter New York City vacation, and let me tell you... neither one of us can wait!
« Crabbing in New Jersey
Amazing Uses of Vinegar »