Gooey Peanut Butter Brownies are just about my favorite dessert recipe. They are full of all the flavors I love and meld the combination of chocolate and peanut butter together perfectly.

Desserts that are gooey or chewy are fun and tasty. And making brownies from scratch is so much easier than you might think.

Watch my video below to see how to make gooey chocolate brownies with peanut butter swirled in.

How to Make Brownies from Scratch

In just a few steps, you can learn how to make brownies from scratch.

Is your pantry stocked up with standard baking supplies like flour, cocoa powder, baking soda, granulated sugar and salt? You might already have everything needed to make gooey chocolate brownies with peanut butter.

You'll also need two mixing bowls: one for the chocolate brownie mixture and one for the peanut butter mixture. 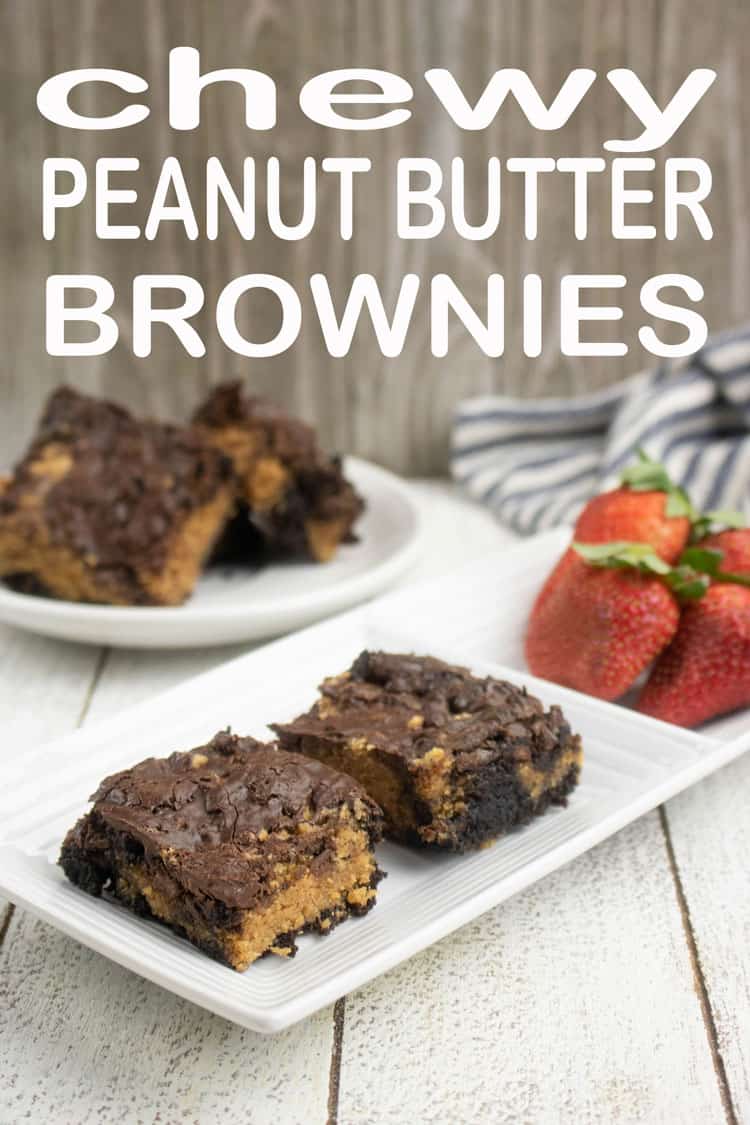 A couple baking shortcuts I like to remember when making a chewy brownie recipe are:

Are you a brownie fan? You've come to the right place.

Have a bite or two of our Chunky Brownies recipe, and then skip on over and try our Cheesecake Brownies.

You won't want to leave out our Dark Chocolate Brownies either. Chocolate Cherry Brownies and another fun twist on Peanut Butter Fudge Brownies will keep you full of fresh dessert recipe ideas. 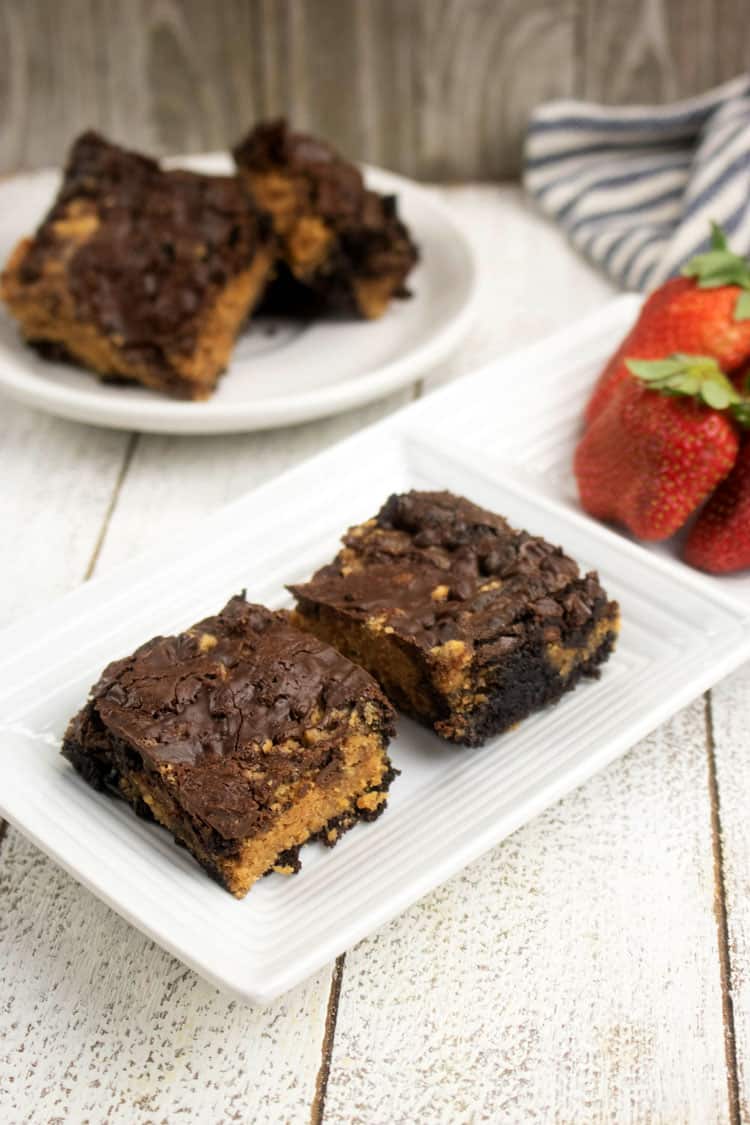 Making brownies from scratch is simple to do as long as you have the ingredients needed.

Follow the step-by-step instructions in the recipe card below, and watch our recipe video to see how easy these brownies are to make. 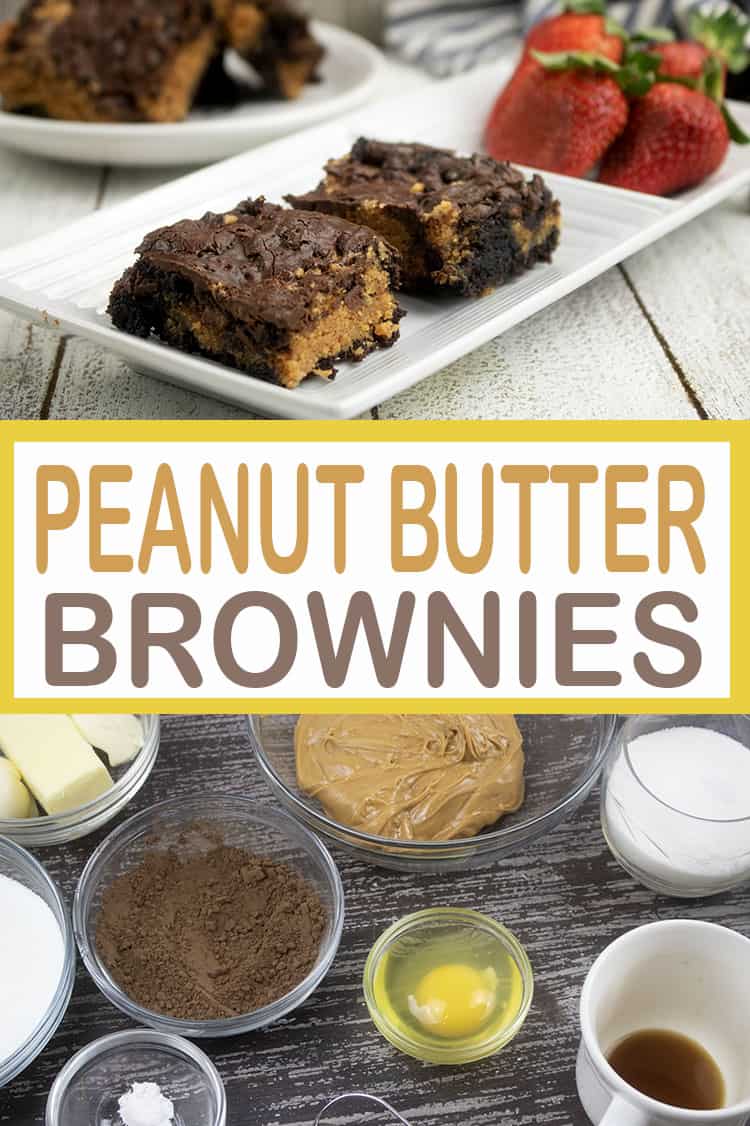 Just wait until you pull these fresh brownies out of the oven and take a bite. Don't forget to let them cool off for a few minutes first! 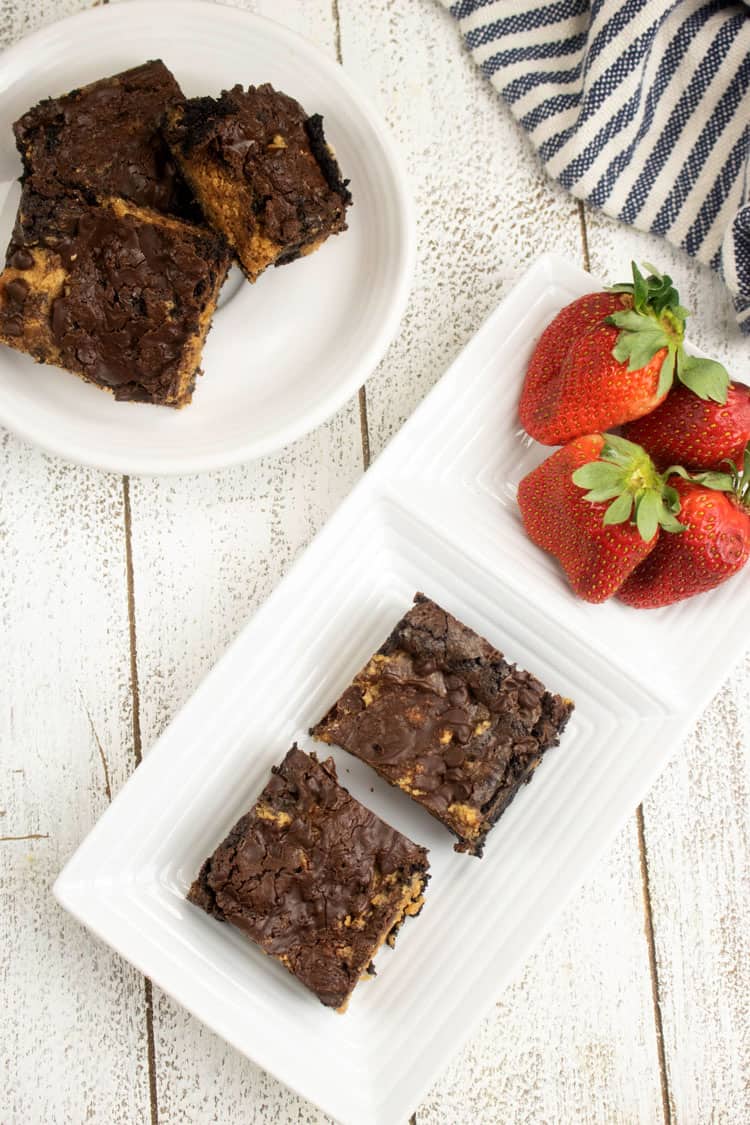 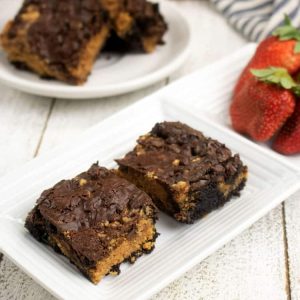 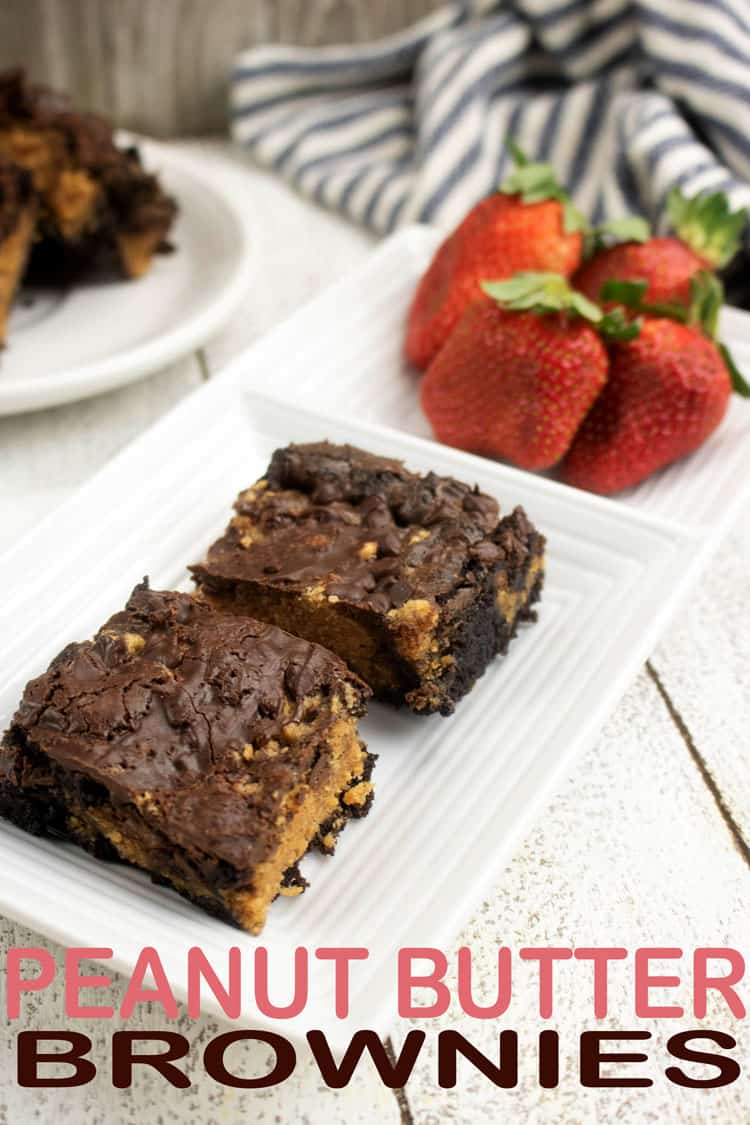