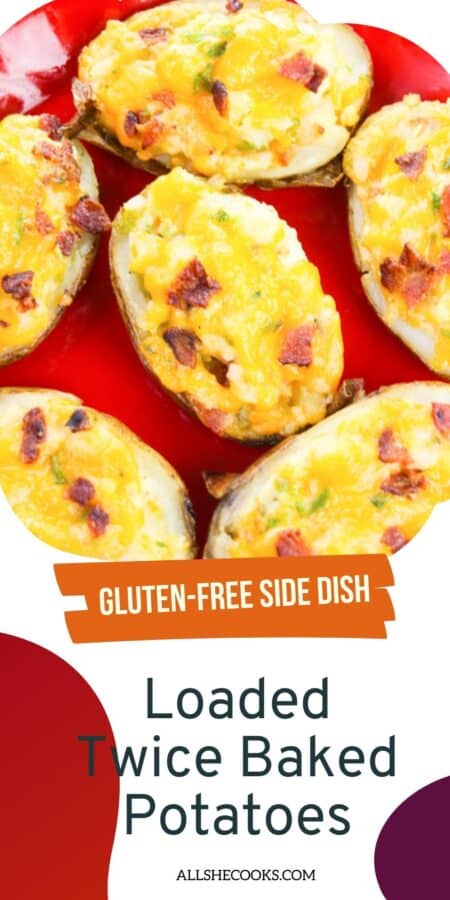 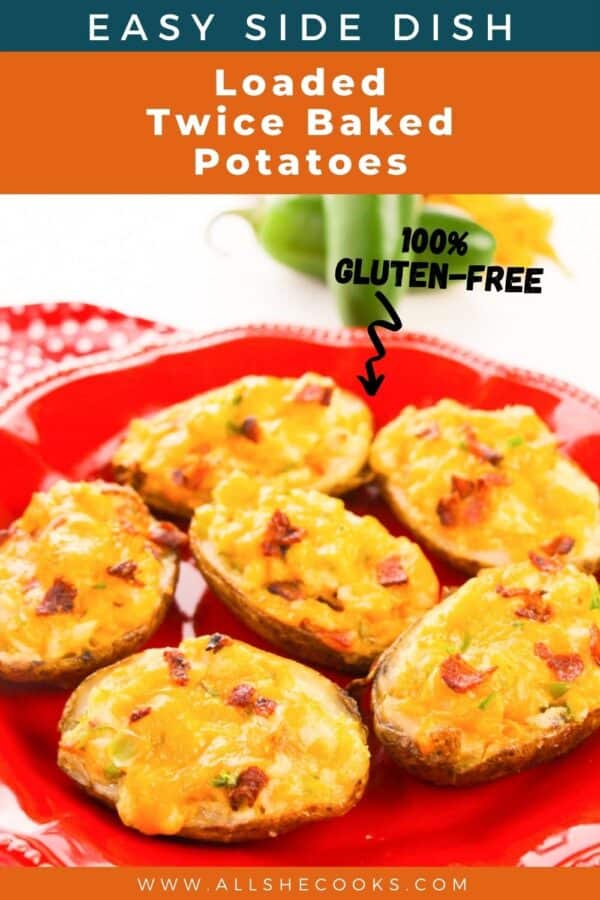 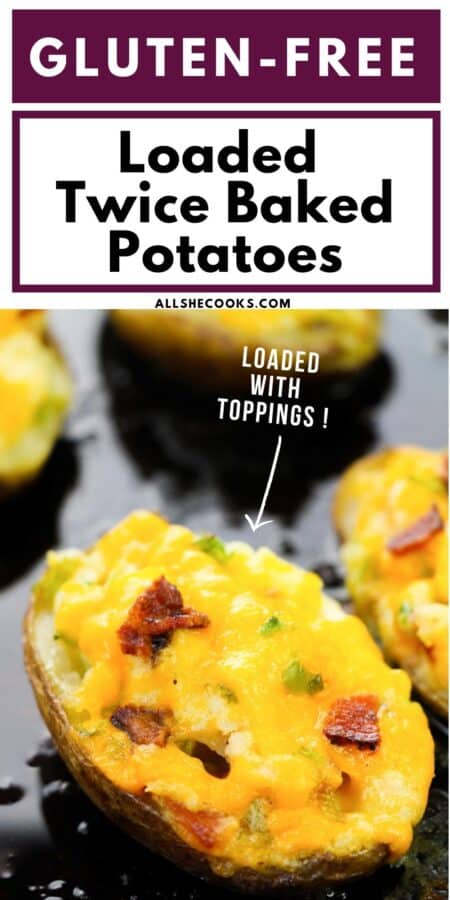 Want to change up your go-to potato dish? If so, give these Loaded Twice Bakes Potatoes a try! Each delicious potato is filled with sour cream, ranch dressing, jalapeños, and cheddar and topped with bacon.

This twice baked potatoes recipe is one that we like to pair with main dishes made of chicken, steak, pork, etc. Or, you can make these potatoes the main dish and serve them with a side salad or soup. You can tame the heat of the jalapeno by de-seeding the peppers.

Full directions for how to make Loaded Twice Baked Potatoes are in the printable recipe card below.

Russet or Yukon Gold are the two kinds of potatoes that I find work best in this recipe. Both of these potato varieties have skins that hold up well after scooping out the flesh. This is important, because you'll be scooping the mixed potato filling back into the potato skins!

Make sure that you poke holes in your potatoes before putting them in the oven! This is a very important step, as the potatoes can explode if they don't have holes poked through them. Poking holes allows steam to escape the potatoes instead of being trapped inside the skins and eventually bursting out!

Instead of jalapeños, try using green chiles to top your potatoes. Alternatively, you can opt to leave off the peppers altogether!

Pepper Jack, Monterey Jack, or other similar varieties of cheese are all great swaps for cheddar cheese. You could even get fancy by using some feta or goat cheese instead!

How will I know when the potatoes are done cooking?

A potato is cooked when a fork poked into the potato comes out easily. If the potato is hard to poke through, that means the potatoes need to bake longer.

Can you microwave potatoes?

You can microwave potatoes instead of baking them. Once the potatoes are done cooking in the microwave, let them cool the same. Then slice, fill, and bake the re-filled potatoes in the oven.

Can you freeze twice baked potatoes?

These potatoes can be frozen if you want. Assemble the potatoes as normal, then place them on a baking sheet and flash freeze for 1–2 hours. Once the potatoes are frozen, transfer them to a freezer-friendly container. These potatoes can stay frozen for 3–4 months. When you're ready to eat them again, just toss in the oven from frozen and heat until fully warmed.

How do you deseed jalapeño peppers?

Deseeding jalapeños isn't hard, but it may irritate your skin. Wear gloves if your hands are sensitive. Then slice the pepper in half, and use a spoon to remove the white membrane and seeds. Run the peppers under cold water to remove the excess oils. Then slice and use the peppers for your potatoes. Removing the jalapeño seeds will help remove some of the spice from the peppers. 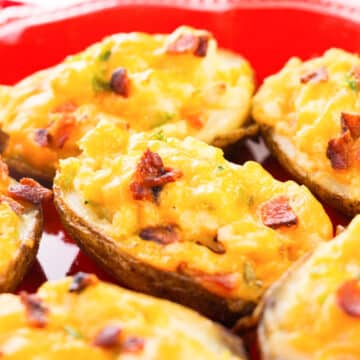 For a speedier meal, you can cheat by microwaving the potatoes in place of the first baking step. Then proceed with the remaining steps and bake in the oven for 8–10 minutes as directed.