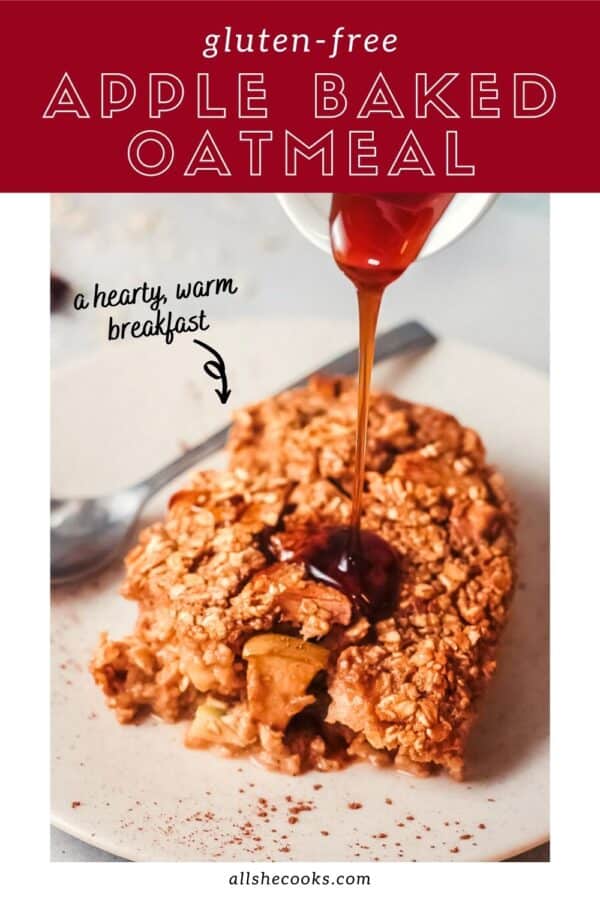 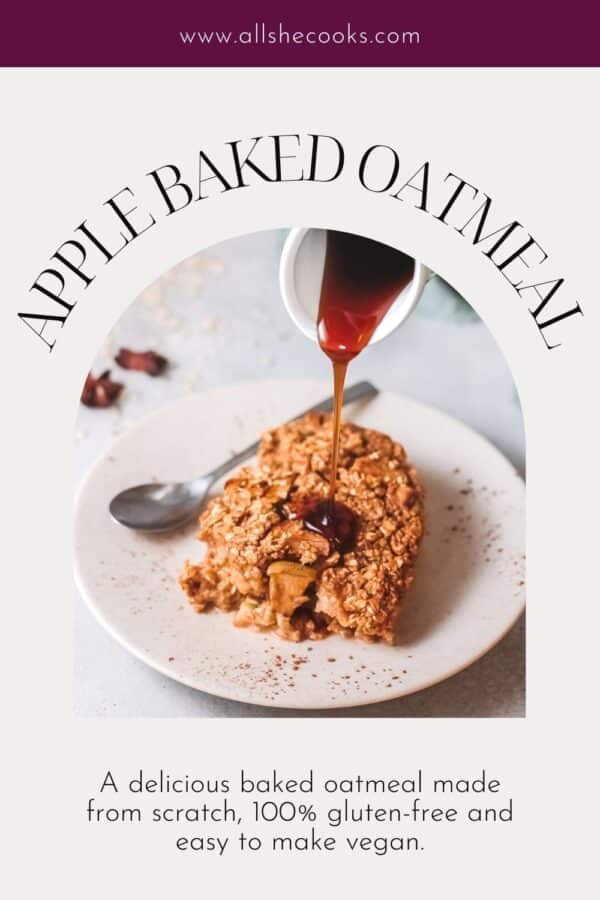 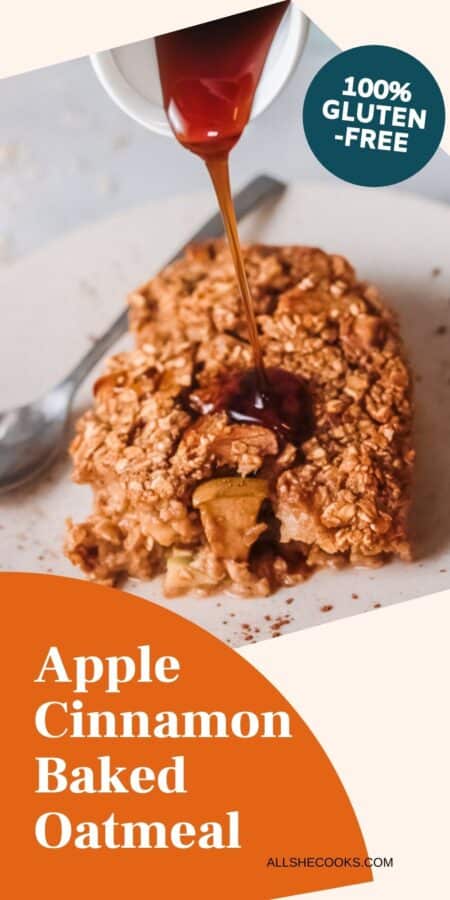 This Apple Baked Oatmeal makes for a sweet—but filling—breakfast. It’s sweetened by brown sugar, cinnamon, and freshly cut apples, and topped with walnuts. It’s definitely not your average oatmeal!

This oatmeal may not be as sweet as a donut, but it’s just sweet enough to satisfy any sweet tooth who’s also trying to eat healthy. And it’s super simple to make too!

Just mix together the ingredients, pop it in the oven, and come back to it after you’re done getting ready for the day! And there you have a delicious baked oatmeal made from scratch!

This apple baked oatmeal recipe is...

How to Make Apple Baked Oatmeal

It’s easy to separate this baked dish into individual portions. But if you want to make it even easier, place your batter into muffin tins. That way, your apple baked oatmeal is perfect for on-the-go eating!

If you do this, it may take a couple muffin tins, so plan accordingly! It will also cut your baking time down to 25 or 30 minutes, so make sure to watch them. When they’re golden brown, remove them from the oven.

To make this apple baked cinnamon oatmeal vegan, just replace the eggs and milk. For each egg, use either ¼ cups of applesauce or 1 medium, ripe smashed banana.

For the whole milk, you can use any non-dairy milk. However, I suggest using coconut milk because of the thickness, richness, and fat content. Though it still has less fat than whole milk, it comes closer than other non-dairy milks and will make your apple baked oatmeal thicker.

Instead of using brown sugar, you can also use ¾ cup of applesauce. You can use sugar-free applesauce as well. The final result is much softer, but still delicious!

How long can you keep baked oatmeal?

Your baked oatmeal will keep well for 4 days covered in the fridge. Since this recipe can take just over an hour, you may choose prep it the night before so you can have it for breakfast.

Because the recipe contains eggs and milk, make sure you refrigerate it.

This recipe also stores well in the freezer for up to 3 months.

How do you make apple cinnamon oatmeal from scratch?

What are the best apples to bake with?

Really any type of apple will work for this recipe, but some hold up better in the oven than others. You might try using Jonagold, Honeycrisp, Braeburn, or Pink Lady. Each will have a slightly different sweetness and a slightly different crunch and texture. Try out a couple and let me know your favorite!

Yes! Cinnamon apple oatmeal is a healthy, hearty breakfast meal! Oats are full of fiber, which is great for lowering cholesterol. 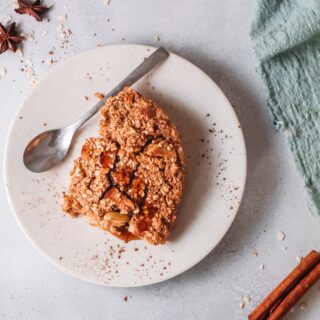