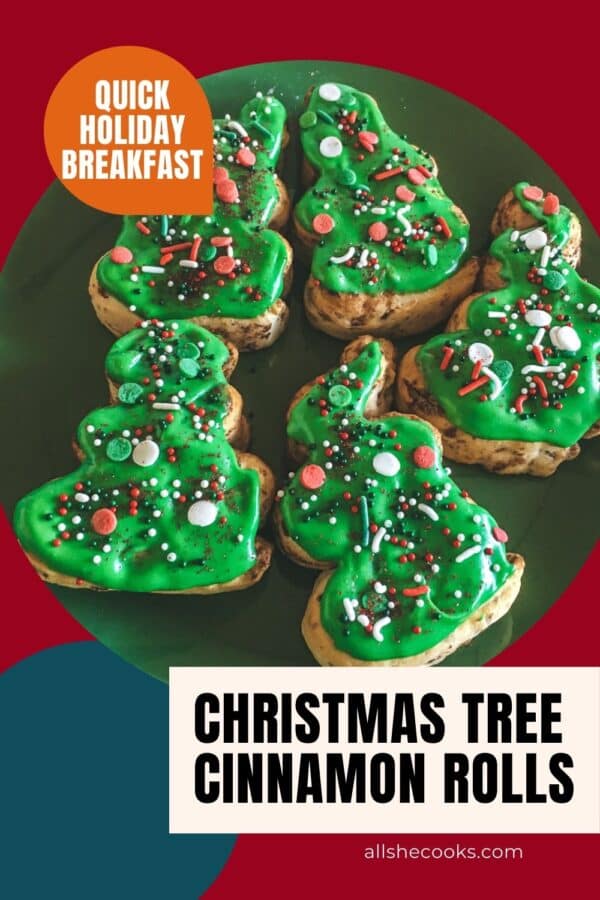 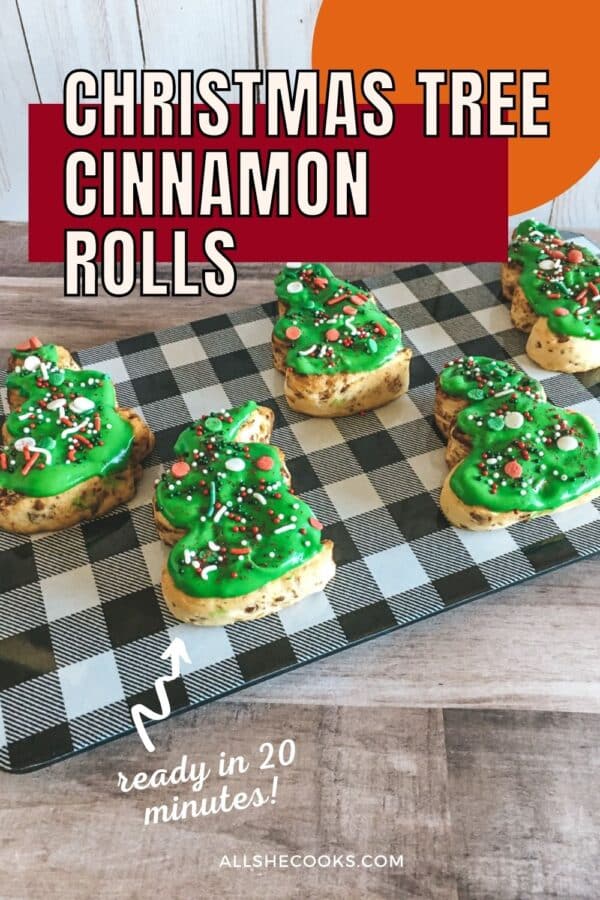 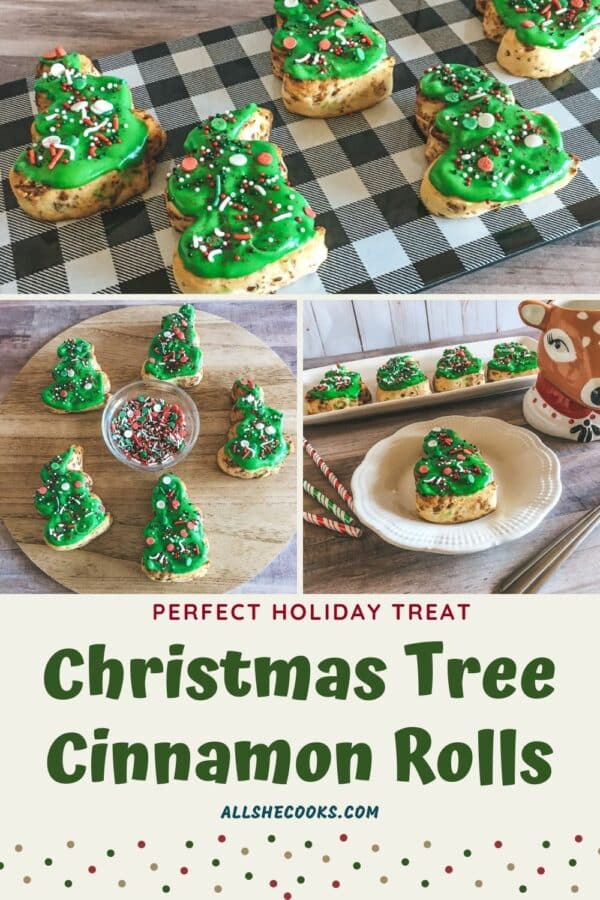 These Christmas Tree Cinnamon Rolls make for the perfect holiday treat! Not only are they picture perfect, but they’re super simple to make too!

All you need are some premade cinnamon roll dough from the store, icing, and sprinkles! Just bake the cinnamon rolls - shaped into a Christmas tree - and then decorate! It’s that simple!

Buy premade icing or make your own cream cheese icing (homemade is always better!) for these delicious holiday cinnamon rolls. Either way, these will make for the perfect Christmas breakfast!

Let the Rolls Cool Before Icing

Though it will taste just the same, your Christmas trees won’t come out looking as nice. So, let the cinnamon rolls cool before adding the icing.

Make One Big Christmas Tree Instead!

If you want to make one giant cinnamon roll tree rather than small individual trees, then keep the cinnamon rolls rolled. Just arrange them into the shape of a tree with one roll at the bottom as a tree trunk.

Pipe on the Icing

You can use a knife or spatula to cover the Christmas tree cinnamon rolls in green cream cheese frosting. But if you want a cleaner look, you can put the icing into a piping bag and pipe it on with various piping tips.

Make Them from Scratch

Though cinnamon roll dough can take longer to make, you can definitely make it for this recipe! Homemade rolls take about 1 to 2 hours to rise, so that increases the wait time.

When you make your cinnamon rolls from scratch, you can make flavor variations too. Like pumpkin or lemon flavor. You can also add extra filling, like adding a layer of Nutella.

You could even make a vegan version of these Christmas Tree Cinnamon Rolls using this vegan cinnamon roll recipe.

If you love these Christmas Tree Cinnamon Rolls, be sure to check out my Christmas recipe collection and these other holiday ideas: 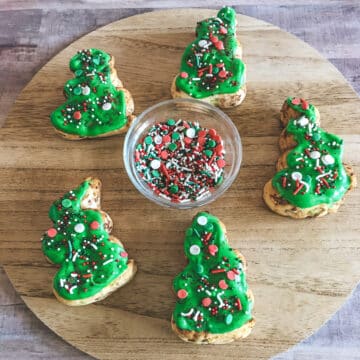