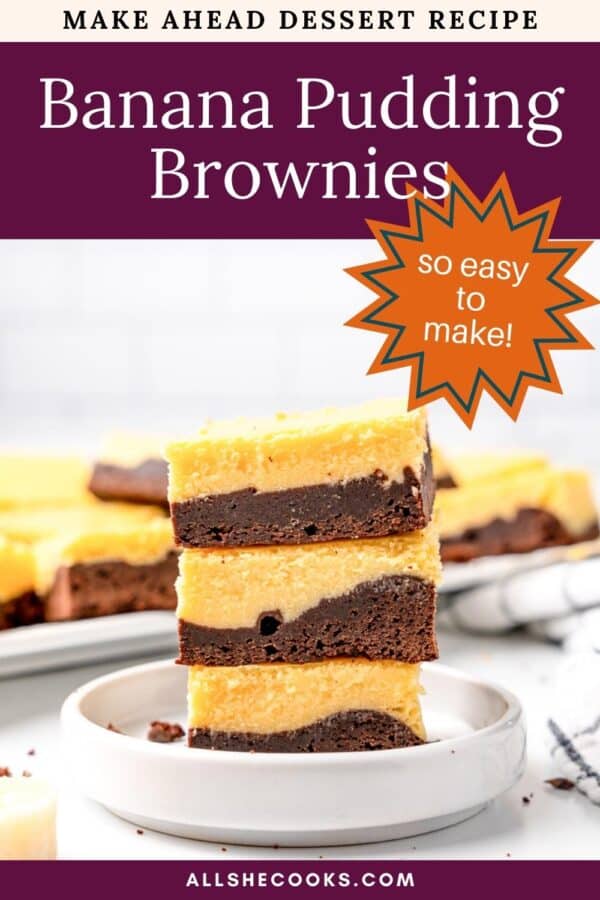 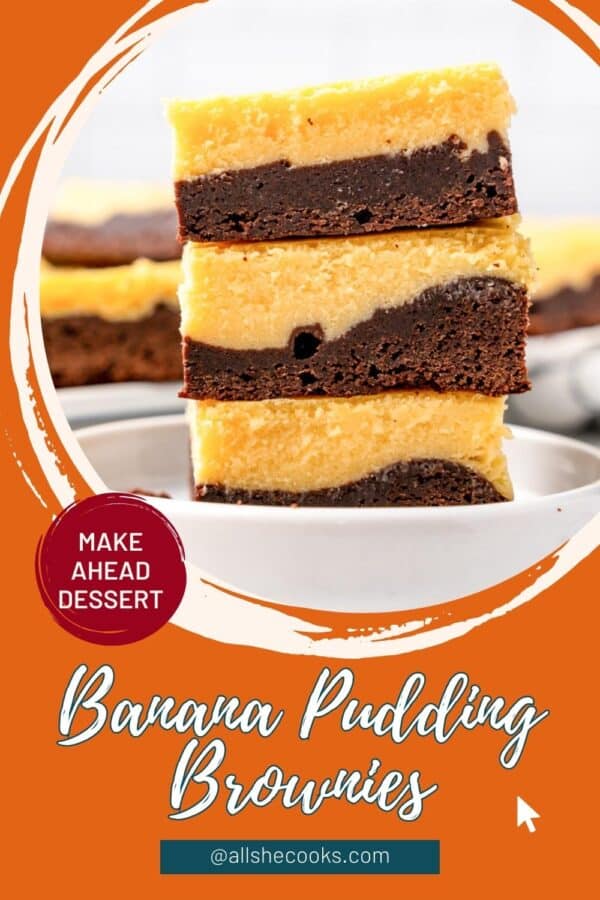 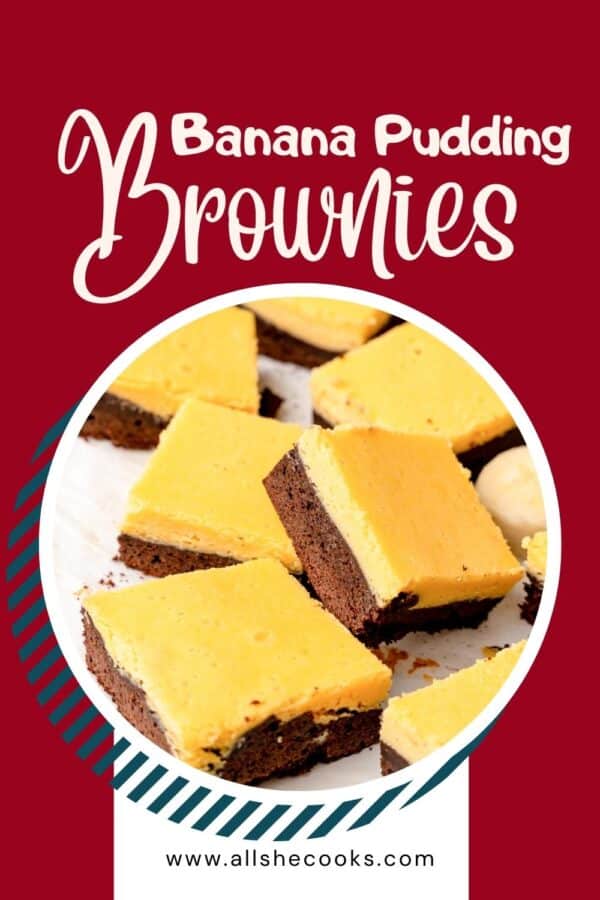 Combine two of your favorite desserts, into one. Banana pudding brownies is a chocolate brownie that is then topped with a banana pudding layer. This is a delicious banana and chocolate dessert that will win over a crowd.

Banana desserts are always welcome in our home. Have you tried the not yo mama's banana pudding yet? It is out of this world. Also learn how to make my banana cream pie, it is famous in our family.

These Banana Pudding Brownies Are...

How to Make Banana Pudding Brownies

Full directions on how to make banana pudding brownies are in the printable recipe card. This is a quick walk through on how it is made.

Make sure you spoon your flour into the measuring cup. Then level it off. If you add too much flour it will alter the texture.

The brownie batter is going to be extra thick. Don't think you messed up the mixture, it is just thicker than a classic brownie.

Now the banana pudding layer is thin. It will thicken as it cools and then cools.

Consider mixing in ¼ cup of chocolate chips into the brownie batter. This will add more flavor to the brownies.

Once your brownies are cooled and set, you can pipe on some whipped cream for an added decoration and flavor.

How to store banana pudding brownies?

You will want to store your brownies in an airtight container in the fridge. Just allow your banana pudding brownies to stay chilled, or they will spoil.

How to know when the pudding and brownies are cooked through?

You will find that if you jiggle the pan and the cream cheese pudding layer is set, it is done. Also, you can stick it with a toothpick to see if it comes out clean of wet batter.

Does this recipe double?

Yes, you can make these brownies in a 9x13 pan, instead of a 9x9 pan. Just double the recipe and then cook until the brownies are baked all the way through. 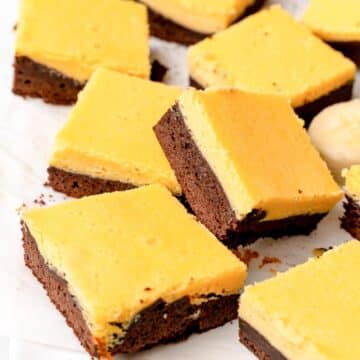 For the brownie layer:

For the pudding layer: