These Creamed Spinach Stuffed Keto Pork Chops are amazing! They're a flavorful one-pan meal that takes only 30 minutes to get on the table, and in true keto style, they're super low in carbs.

This keto pork chops recipe produces moist, fork-tender pork chops that are bursting with flavor. You'll stuff each pork chop with a creamy mixture of wilted spinach, sour cream, and cream cheese before browning the pork chops in olive oil. Then you'll make a sauce out of chicken broth and sour cream that will be spooned over the stuffed pork chops before serving.

Pork chops make for a wonderful easy dinner choice, but if they're not cooked properly, the results are less than appealing. If they're overcooked or cooked without enough moisture, the end result can be chewy and tough — not exactly an appetizing dinner choice.

But these pork chops? They don't stand a chance at drying out!

Ready in only 30 minutes, creamed Spinach Stuffed Keto Pork chops are the perfect choice for those nights when you barely have time for takeout... but you definitely want something healthier. Even better, they make for a great family meal, even for those family members who aren't on the keto diet. Just serve them a high-carb side or two and they'll be good to go!

How Many Servings are in Creamed Spinach Stuffed Keto Pork Chops?

You'll use four boneless pork chops in this recipe, which will give you four servings. If you're still feeling a bit hungry, load up on additional sides (see the "What to Serve with Creamed Spinach Stuffed Keto Pork Chops" section) or have a low-carb dessert like decaf coffee with cream and your low-carb sweetener of choice.

How Many Carbs are in Creamed Spinach Stuffed Keto Pork Chops?

This easy keto recipe is very low in carbs! Each serving contains only 6.7 grams of carbs, 1.9 grams of which is fiber. That gives each serving a net carb count of only 4.8 grams. 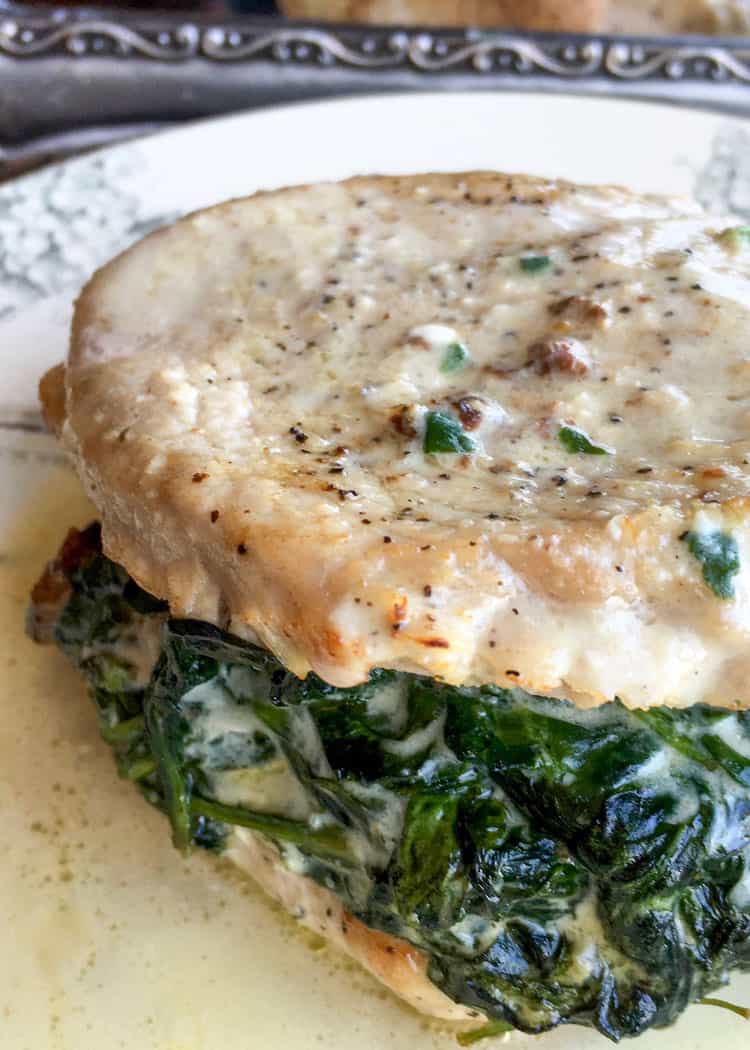 What to Serve with Creamed Spinach Stuffed Keto Pork Chops 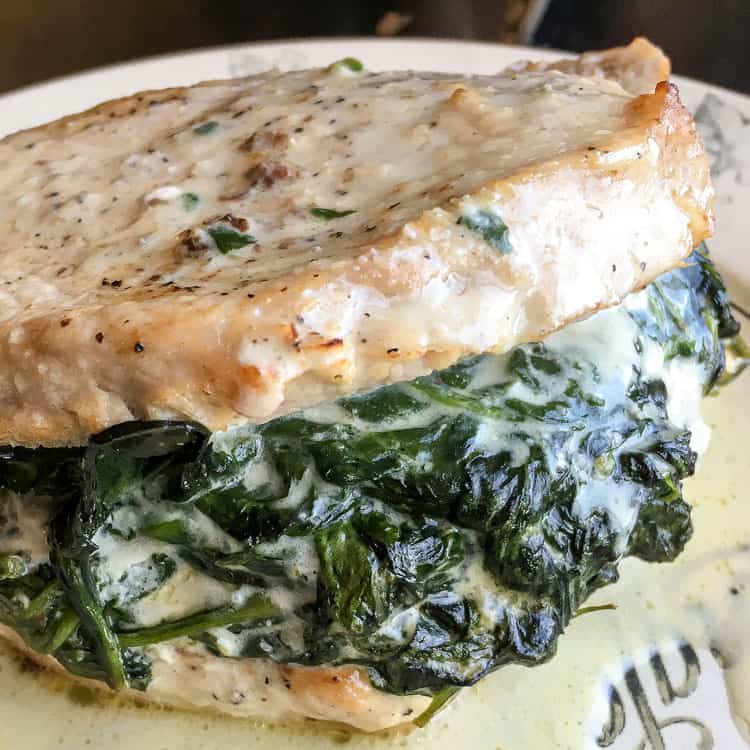 There are so many great recipes that you can make on the keto diet! The diet is so popular that I'm always creating new ones. Here are a few more keto recipes for you to try: